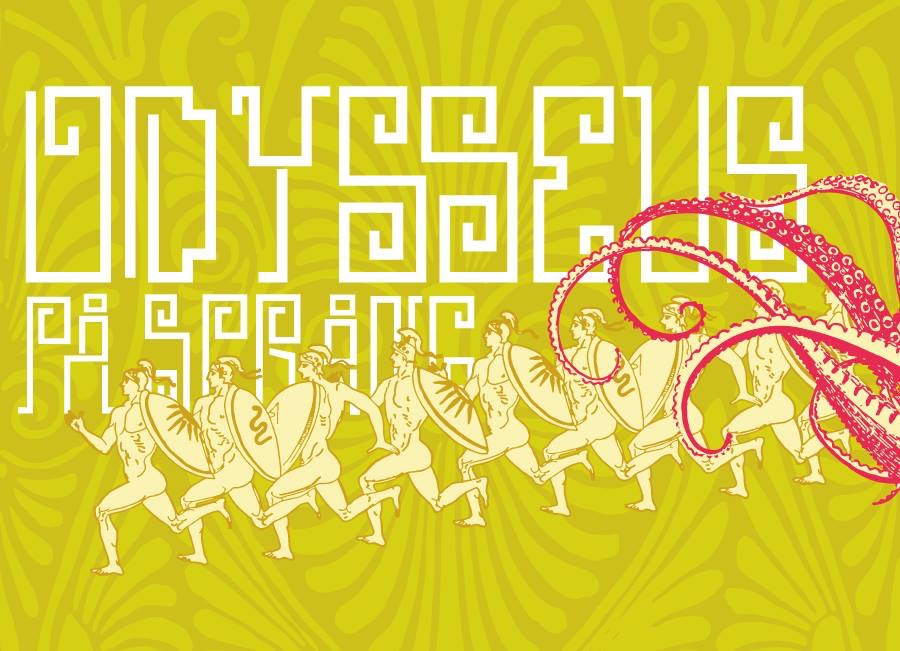 Odeysseus på språng was conceptualised by Teater Slava to celebrate 25 years of their existence that is marked by brilliant physical theatre, choir, and programmes to build communities.

It’s hard to give a name to what it was – theatre? sport? performance? Maybe all of it? Without worrying about what to call it, I’d say it was an experience. What I experienced yesterday has probably changed me in more ways than one, touched me somewhere so deep. It was real and surreal at the same time.

The Odeysseus storyline was carried forward in three different spaces at the same time. A marathon that was run, rowed, and cycled by both performers and audience, and parts of the story were being performed on the run. Five very beautiful locations, a few of which were by lakes and the sea, were converted into performance spaces where the runner-performers would arrive and the story would continue. And during all this, Teater Slava’s own theatre space was Ithaca, where one storyline was continued. Slava’s choir was the thread that bound the whole experience, with songs from their repertoire that have been picked from different parts of the world, arranged and rendered in the unmistakable and powerful Slava style, and brought tears to my eyes on more occasions than one. All these three story-spaces were being put together by the fantastic technical team that created the live-stream. The fact that this mammoth-project was possible only because of the support, big or small, from innumerable people, was very evident, and the love that Slava radiates to everyone is special.

Beginning at 10 am, the performers and the audience were almost living through and witnessing Odeysseus’ journey to Ithaca after the Trojan war. While still being a performance, it felt so real because of the time in between two scenes when the performers ran from one place to another through real forests, while the non-running performers and audience waited at the location of the next scene. These in-between hours were filled with eagerness, worry, and excitement on one hand, and humour on the other as the story-line continued at these locations until the arrival of Odeysseus and his men. The fact that these were real people, undertaking a real journey and performing, heightened the experience of real and surreal.

Finally, close to 10 pm, Odeysseus arrived at ‘Ithaca’ where Penelope has waited 20 long years, disguised and exhausted after his journey, strung his bow, and won the contest. And under the dark skies, he held his flame-torch, and walked into the forest to begin his peace-making journey, as the audience watched silently the disappearing flickering flame.